The simplest thing is generally what looks best and is most effective. The founders of Stingray Marine Solutions have created world-class fish farming technology with a simple and broad-spectrum patent.

«Neutralising an external fish parasite with photons of light». That's how simple the wording of the patent behind the technological innovation developed by the Oslo firm of Stingray Marine Solutions is. The submersible laser fires pulses that kill salmon lice without harming the fish swimming past. Since commercial sale began in the autumn of 2014, the company has produced and delivered around 300 units to Norwegian fish farms. The laser is found in 170 fish cages in Norway and has shot out over one billion laser beams together.

— But the market is much larger than that, says general manager and co-founder John Arne Breivik. — In 2017 and 2018 Norwegian fish farmers had annual costs of more than NOK 10 billion related to treatment measures and lost income due to depletion. And the international market is even larger. In a few years I think our solution will be dominant in delousing in fish farming.

The Stingray node, as the product is called, consists of two main parts: a buoy that floats on the surface, and a submersible laser unit attached to the bottom of the buoy. It is placed in fish cages. The node operates automatically and can be immersed to a depth of 30 metres, and contains several instruments. Among other things, it has machine view and a guided laser that "shoots" the salmon lice, and other optical sensors that document the effect.  It can count the fish, and it records both the number of lice on the fish and hits by the laser gun. — We have patented some of this, but most of it we have chosen to keep secret, says Breivik.

Stingray has also developed a database containing millions of images of salmon lice from all the nodes placed in fish cages. This continuously transmits images back to the database which, with the aid of ingenious algorithms, analyses the images and updates all the nodes on what a salmon louse may look like.

— In that way we have developed a generic and neural network, in which the nodes are becoming steadily more effective. Today the nodes are already capable of killing up to 10,000 salmon lice a day. We have not had a single case in which the laser has harmed or stressed the fish in any way - even after 1.2 billion pulses, Breivik emphasises.

How the technology works

The whole thing started between Christmas and New Year 2009, when the inventor Esben Beck was giving some thought to the challenges facing the fish farming industry with salmon parasites. Until then they had had various approaches to the problem. They could kill the lice chemically or with medicines, or they could choose a biological solution with wrasse. But all these methods have unfortunate side effects, and in some cases they are very expensive.

With a background in the subsea and offshore supply industry, the development of diagnostic instruments for blood tests, and in the brewing industry, where he worked among other things on machine vision for the checking of bottles, it struck Beck that the whole problem of salmon lice could have an optical solution. He spent the whole of the period between Christmas and New Year and the beginning of 2010 trawling through national and international patent databases, but he did not find anyone who had patented anything that was based on laser or optics.

— A shiver went down my spine when it struck me that no one had thought of this before. I realised at once that the combination of optical machine vision and a laser beam could be the answer to one of the most serious challenges facing a huge industry.

Beck engaged the services of his former patent attorney Per Berg from the patent agents Curo. He had used Berg on several previous occasions, for patents in the electronics and oil industries. There has been good cooperation throughout. – He has been very patient with us, and has shown great understanding of the challenges facing us and changing needs, Beck emphasises.

«We have had a very deliberate patent and brand strategy from the start. We have required non-disclosure statements from everyone involved, to prevent leakage and theft of ideas. We have carefully assessed all the innovations on the node, to decide whether they should be patented or kept secret. And we have several processes under way that may lead to both new patents and brands in the future.»

Broad patent rather than a family

The patent attorney Per Berg at Curo says that he recommended a broad patent, as it turned out that no similar solutions had been patented previously. — This may occasionally be appropriate instead of having a small, narrow main patent with a whole family of sub-patents. Each individual patent process is expensive.

Esben Beck, who at the time was working with John Arne Breivik in the development firm Beck Engineering, says that the greatest challenge with the patent process was to find wording that was both limiting and adequate. — We did not want to limit ourselves to salmon lice, but wanted to include all types of exoparasites, that is to say parasites that sit on the outside of the fish. We did not want to limit ourselves to salmon. And we wanted to say as little as possible about the machine itself. At that time we had just moved away from a design where the fish swam through a node to the present-day design where it swims past.

In Per Berg's opinion, Stingray has one of the best patent formulations he has been involved in. — It's actually quite rare for such a general patent to be approved, he says. If he were to offer any advice to others based on his experience with Stingray, it would be to assess all the options alongside what at a particular time may appear to be the main alternative. You never know what the main alternative will be in the long run. And it can be easily imagined that competitors might come along and develop an apparently less good alternative that may then prove to be the best. But you also have to be careful not to get carried away and take too broad an approach either, he says.

A broad-spectrum patent is often weaker than a narrow and more specific patent. — But in Stingray's case it looks quite safe, he says.

Several attacks on the patent

John Arne Breivik can also confirm that. He says that there have already been several parties who have had a go at the patent, but they have all given up after a short time. — There was one who fired flying insects with a laser in a shed. Another used optical detection to weed out parasites in fish fillets. But in both cases the lawyers gave up long before it came to a legal dispute, he says.

His advice to others is to tell the patent attorney everything, and not hold anything back. And to ensure good «side cover» for what you consider to be the main patent.

Nominated for the European Inventor Award 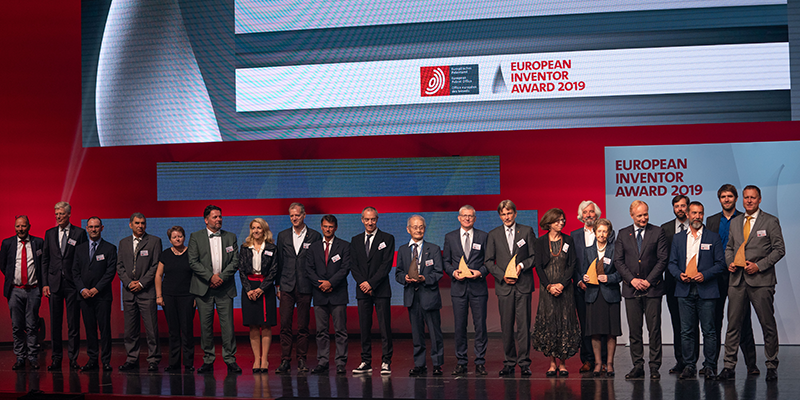 In May 2019, Esben Beck and his laser patent was nominated for one of Europe's most prestigious innovation prizes, awarded by the European Patent Office (EPO). Beck ended up as one of three finalists in the category «Small and medium-sized enterprises». This is the first time a Norwegian is among the finalists, which is an international recognition of Norwegian fish farming technology and Norwegian innovation.

Stingray Marine Solutions was established in 2012 as a subsidiary of Beck Engineering. All four employees were transferred to Stingray in 2013, and the company now has a workforce of about 50. The employees hold nearly 54 % of the shares, Norsk Innovasjonskapital VI 29.4 %, and the rest is held by a number of professional investors.

How do they protect their assets?