Statement from the Director General

2017 was a year of high activity at the Norwegian Industrial Property Office (NIPO). We implemented our most important priorities and attained the objectives specified in our management system. 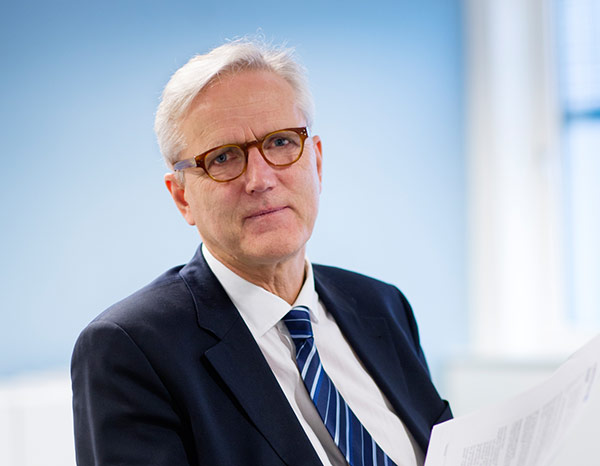 2017 was a year of high activity at the Norwegian Industrial Property Office (NIPO). We put our most important priorities into practice and attained the objectives specified in our management system "Management by objectives and results" (MBOR).

We received more than 20,600 applications for industrial property rights. The number of new rights granted in 2017 was around 20,600, slightly below the record year of 2016. 2017 was therefore another year with increased use of our services, while customer surveys show a high level of satisfaction. In 2017, NIPO's revenues reported to central government were both higher than the appropriation and, for the first time since accession to the European Patent Organisation (EPO), were higher than expenditure. NIPO therefore stands out as an attractive IPR authority for both Norwegian and foreign trade and industry. 2017 was the tenth year of Norwegian membership of the EPO, and of the Nordic Patent Institute (NPI) in operation. The annual report shows that accession to EPO has been largely painless, and cooperation with Denmark and Iceland in the NPI has helped develop NIPO and has contributed to securing important patent expertise.

NIPO has an objective of contributing to more good rights. In 2017, we granted nearly 15,500 new industrial property rights, 23% of which were to Norwegian applicants. In addition, more than 5,000 European patents granted by the European Patent Office (EPO) were validated by NIPO and were consequently made applicable in Norway. The majority of these have a non-Norwegian owner. The sharp increase in the number of validated European patents was partly due to more patents being granted by the EPO, but it shows at the same time that Norway is an important market for foreign trade and industry. This is confirmed by the number of patents in force in Norway having increased by more than 60% over the past 5 years.

As a partner in NPI, NIPO contributes to Norwegian trade and industry securing rights internationally, and in 2017 the use of NPI as an examination authority for international patent applications increased.

In 2016 and 2017 we granted on average more than 60% more patents per year than in the five previous years. The reason for this is that 2017 marked the end of a multiannual effort to reduce the backlog of older patent applications. This has been the most important priority for NIPO, and the objective has been met through tough priority-setting, re-use of international examination results, significant extra effort among NIPO's employees and good cooperation with the professional representative sector. This is a highly respectable result.

Processing applications accounts for around 50% of NIPO's workload. In 2017, we conducted a critical review of our application processes and discovered that it is possible to improve them substantially. We found, for instance, that the time taken to process trademark applications can be reduced from the present-day 4-5 months down to 3 weeks. This will require us to make our procedures more efficient and to cooperate with our customers in changing customer behaviour. For our customers this will mean, for example, digital applications only, more self-service and requirements for electronic payment. We will implement the improved application processes for trademarks, designs and patents during the course of 2018.

We continued to launch new digital customer solutions i 2017. We launched Navnesøk, a search service for trademarks, company names and domain names developed in cooperation with the Brønnøysund Register Centre and NORID. We have also launched secure login using the common component ID-porten (ID gateway), new versions of our search service and a test version of the guide on applying for a trademark.

NIPO also contributes to the objective of more good rights through its international work with the IPR system. In 2017 we contributed towards Norwegian professional representatives now being able to represent Norwegian design applicants at European Union Intellectual Property Office( EUIPO). In cooperation with the EPO, we arranged a European work meeting on the use of patent information. We have started work on establishing a bilateral agreement with the Chinese Patent Office which can give Norwegian trade and industry quicker access to gaining a patent in China.

Every year, NIPO conducts customer surveys among those who have applied to us for rights. The outcome for 2017 showed a further improvement in the vast majority of areas. We attained overall customer satisfaction of 90%, thus surpassing the target of 85%. At the same time, we find that there remains room for improvement in several areas, in terms of both processing time and consistency of case management.

Better use of intellectual property

NIPO should contribute towards trade and industry making good use of its intellectual property. We do this primarily by passing on knowledge of how industrial property rights can be used as an instrument of innovation.

We use various arenas to share knowledge of IPR. In 2017, we established a new Customer service centre with greater capacity and broader expertise. In addition, we have strengthened internal expertise on use of IPR by trade and industry, enabling us to provide more relevant guidance. During the course of the year, we received more than 9,000 telephone calls, in addition to written enquiries and customer visits to our offices.

We held a number of courses and events concerning various IPR-related topics in 2017. We have also helped to impart IPR knowledge through the rest of the innovation system, for instance through courses and lectures for business clusters/NCEs (Norwegian Centres of Expertise), incubators, etc. Subsequent evaluations confirm that NIPO is in demand as a supplier of IPR knowledge to both trade and industry, and research and educational institutions.

Knowledge of intellectual property rights is not just important to trade and industry. Piracy and trademark counterfeiting is a large and increasing international problem, in both financial terms and safety considerations. 2017 marked the end of a 3-year initiative in which NIPO with limited resources has managed to highlight the problem. We have done this by attracting media interest, through the website velgekte.no (buyreal.no), through various campaigns and in cooperation with others in the network of authorities we have established against infringement of intellectual property rights.

To encourage correct use of intellectual property rights, it is important to understand that rights contribute to value creation. In 2017, we conducted a study of Norwegian trade and industry in which we looked at financial contributions from IPR-intensive industries. These are industries with more intellectual property rights per employee than the average for the whole of trade and industry (ranking undertaken for the EU). The study showed that these industries in Norway have higher value creation per employee than other industries. For example, IPR-intensive industries employ around 25% of all workers in trade and industry, but contribute more than 50% of GDP. Results in the study correspond well with figures from the EU and show that industries that make active use of IPR are more profitable than industries that make little use of IPR.

In 2017 we spent 75% of our time on direct customer-oriented activity, of which 50% of total time spent was devoted to processing applications. This is in accordance with the priorities set out in the letter of allocation for NIPO for 2017. A symbol of good use of resources is correct quality, and the quality of application processing was nurtured well throughout the year. This is evidenced both by the results of our internal quality efforts and by an external ISO 9001 audit performed in 2017. ICT security was chosen as a topic in this audit. The results of this audit will contribute to further strengthening the work on ICT security at NIPO.

In 2017 we used the resources we had available, put the most important priorities into practice, fulfilled our objectives and at the same time achieved good customer satisfaction. With this in mind, I consider that in 2017 we overall made effective and sensible use of available resources.

2017 marked the end of NIPO's strategy 2013-2017. A great deal has been achieved, the parliamentary white paper on IPR from 2013 has been signed out, we have increased our customer focus, improved the efficiency of case processing and strengthened our cooperation with the rest of the innovation system and with the IPR industry. In 2018 NIPO enters a new strategy period, in which we aspire to become one of the top five IPR authorities in Europe. We intend in particular to improve our application procedures in 2018. We will also adapt the organisation to the improved application processes and the new strategy. We will do this at the same time as dealing with an increasing intake of applications. 2018 will therefore be a demanding and exciting year for NIPO.